Research from LV = reveals 4.4 million over 21 year olds still borrow money from their parents. The average monthly donation from parents to adult children is £175. This is used to cover rent, bills and help pay off debts. Additionally £9,476 is awarded to fund weddings, holidays, further education and to help young adults get onto the property ladder. Although it helpingyoung adults is hardly surprising, the research revealed parents expect to continue to support their ‘children’ until the age of 38, now the average age of a first-time property buyer.

This obviously puts great financial strain on Britain ‘s parents. It eats into retirement funds and one in ten parents surveyed by LV = admitted they had spent everything they had on their children. The issue isn’t going to go away soon, particularly if predictions that the average age of a first-time buyer will be 41 by 2025 are correct.

Parents need to prepare for the future early to ensure they are well equipped financially to provide for themselves and help out their grown-up children when necessary. There are several options available, but with interest rates currently being so low, saving plans aren’t the most viable option.

The most suitable, and now the most popular comprising 68% of the market, are drawdown plans. Homeowners are lent money based on their property’s value and additionally can withdraw regular cash amounts at a frequency and value chosen by the individual. Interest is charged, but it’s only repaid when the homeowners die or move into permanent care. These mortgages allow parents to look after themselves during retirement but also offer the ability to provide assistance to their offspring.

The total value of equity release advances from April to June 2012 was £224.8 million, reported the Equity Release Council, an increase of 22% on the same period of 2011. Additionally, this amount represents the highest quarterly figure since 2009 (£231.7 million). Furthermore, the real number of plans grew by 16% between Q2 2011 and Q2 2012 showing interest in the market is up, along with actual value.

According to the Equity Release Council’s figures, people are now choosing to take drawdown plans instead of lump sum mortgages. This shows they prefer to spread risk and use equity release as a retirement income. The news comes as its revealed retired homeowners now have a total unmortgaged property wealth of £756.7 billion.

Bower Retirement Services, which offers award-winning specialist equity release advice, says equity release is a simple and effective option for homeowners looking to provide for their retirement and it exploits the property price rises of the last forty to fifty years. Many in the baby boomer generation lost large amounts in pension blunders in the nineties and again in the last recession. However, thousands continue to be locked up in property, potentially providing a retirement income for homeowners.

Bower Retirement Services offers advice on all types of equity release, from lump sum lifetime mortgages to home reversion plans, and its equity release calculator is designed to help homeowners accurately gauge how much cash they can expect to release on each type of plan.

There are four types of equity release plan, but drawdown plans now the most popular, accounting for 68% of the value of the entire equity release market. Bower Retirement Services says these types of mortgage are most suitable to homeowners looking to provide themselves with an income during retirement. The lender loans the homeowners a percentage of the property’s value and also agrees to pay a regular cash sum, or ‘drawdown’ on the mortgage value. Interest is accrued, but it is not charged until the homeowners die or move into long term care. Homeowners choose the term and value of the drawdowns, offering more flexibility than a standard remortgage plan.

The days of pets living outside are over with nearly 90 per cent of NSW residents giving their furry friends free rein of the house, according to research by NRMA Insurance*.

Dogs and cats are definitely best friends to many, but according to Tracy Woodley from NRMA Insurance, it seems most people prefer to keep their pets indoors some or most of the time – potentially putting their pets and belongings at risk.

“We’ve seen unfortunate cases where a pet’s foot has broken from a door opening on it or where a dog has tugged on the power cord of an expensive plasma TV and pulled it off its stand,” she said. “You should keep all your special items where they can’t be reached, and properly secure electronic cords so your cat or dog doesn’t inadvertently cause havoc.”

The insurer also warned pet owners to be extra vigilant to help reduce the likelihood of injury to their pets while they’re indoors. “Keeping your pets
indoors is generally very safe but it’s far from foolproof. Simple measures such as keeping household cleaning products out of reach will help keep nosey dogs and cats safe,” Ms Woodley said.

NRMA Insurance home claims involving pets over the past year include:
– An excited dog injured itself and caused damage to the home after running through a glass sliding door
– The family cat sleeping on the stairs injured its leg after a family member coming down the stairs stepped on him
– A dog wound-up by what was on TV required a trip to the vet after jumping onto the TV unit and injuring her leg on the way back down

Should the worst happen and your dog or cat is injured in an accident, or they accidentally damage valuables in your home, the NRMA Insurance Pet Lover’s Pack can provide cover to help with vet bills and replacing your home contents**.

Loan Advances-Payday Loans has reported a significant rise in the number of loan requests that have been processed and approved over the last 2 years. This was the main gist of the performance report which was presented by Donna Millstone, Division head for short term loans and debts.

In a year to year comparative performance review, the company has posted a 74 percent increase in the number of payday loans that have been processed and approved, and of this number, nearly half of it is comprised by reapplications.

Millstone attributes these positive performance indicators to the strategic positioning by the company in the highly competitive market for subprime payday lending service which was anchored on topnotch customer support and high approval rates.

In a related development, QEC Money, an independent think tank that advocates consumer welfare and proper money management, has reported that the demand for payday loans and other similar short term loans has grown by nearly 60 percent over the last 6 months of the current year.

According to a reliable source within the group, this dramatic jump in the demand for short term loans is a clear indication that an increasing number of Britons are feeling the pinch and are constantly searching for ways to keep their heads above water. “In most instances, they have opted for a pre-payday quick fix,” the unnamed source explained.

LoanAdvances-PaydayLoans.co.uk has had a remarkable 37 percent approval rate since its entry into the subprime lending market. The loan requests are normally approved in less than an hour and borrowers can rely on a quick transfer of funds to their bank accounts. In addition to this, the company has also proven its mettle in providing fast and professional support and assistance to its clients for a wide range of concerns and issues.

“We adopt a cutting edge processing and referral system and we have a solid track record when it comes to our response to loan request of potential borrowers,” Millstone added. Known for its uncompromising advocacy for responsible lending practices, the company has continually endorsed applications and been transparent around costs for appropriate short term need for cash of prospective clients.

Millstone is quick to add that despite the criticisms and negative reports on this subprime lending service, it remains to be a popular and highly
proven financial tool for a significant number of Brits who are going through short term cash crunches.

“Our company and other providers of payday loans and cash advances are actually servicing the cash requirements of the segment of the market that is not actually served by banks and other similar lending entities,” Millstone explained.

Unlike banks and other similar lending institutions, www.loanadvances-paydayloans.co.ukis taking a different tack and assesses loan requests based on the monthly income of potential borrowers. The amount of loan provided by the company will not exceed that which can be paid back by the applicant within the specified payment period.

The demand for payday loans is expected to continue to rise until next year and the company assures its clients that it will maintain its current loan offerings and services and adopt the same approval rates to keep up with the requirements of its growing clientele.

Payday loans, the often derided side to personal finance, have been gaining in popularity for quite some time in the UK. 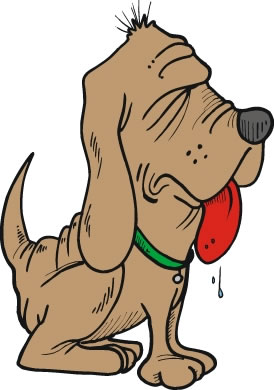 What was once a small, niche related business, has now become a multi-million pound industry. The demand for the product seemingly growing thanks to the lending patterns of major lenders and banks.

Established within that market is the company Payday Loans UK. Formed by two ex-bankers, the firm base it’s ethos on delivering cash advances to those refused elsewhere.

In keeping with this innovative spirit they have revealed a new mascot to go along with the usual payday loans product.

The aim of this ‘talisman’ is more of a symbol than a novelty as Nick Cox from the company explains;

“We came up with the concept of Jackson as more of a multi-functional device then an un-purposeful icon.”

“Our initial aim for Jackson is to have him implemented as an online helper on our website. He will be on-hand if the customer runs into trouble with any detail. There will be a knowledge base attached to the interface and an online operator for 2nd level queries.”

“After that the sky’s the limit really, we could have him as the spearhead for ad campaigns or even as acting CEO for the day!”

The company hopes that Jackson will bring some much needed cheer into what can be an often depressing situation.

Cox is under no illusion as to how customers feel when accessing his site;

“Payday loans suck. Let’s face it. Nobody wants to take out a loan and when they do they’re not going to be happy about it. Hopefully this will put a smile on their face.”

The company’s aims for Jackson the dog are still be sketched out and he has not yet been implemented into the user experience on the website payday-loansuk.org.uk.

The whole process is being strategically mastered as if re-homing a pet. Payday Loans UK expect the first wave of Jackson mania to start at the end of this month.

Payday Loans UK are a fast online payday loans service aimed at those refused elsewhere. Loans are approved instantly and deposits can be as fast as 15-minutes straight to customers’ UK bank accounts.