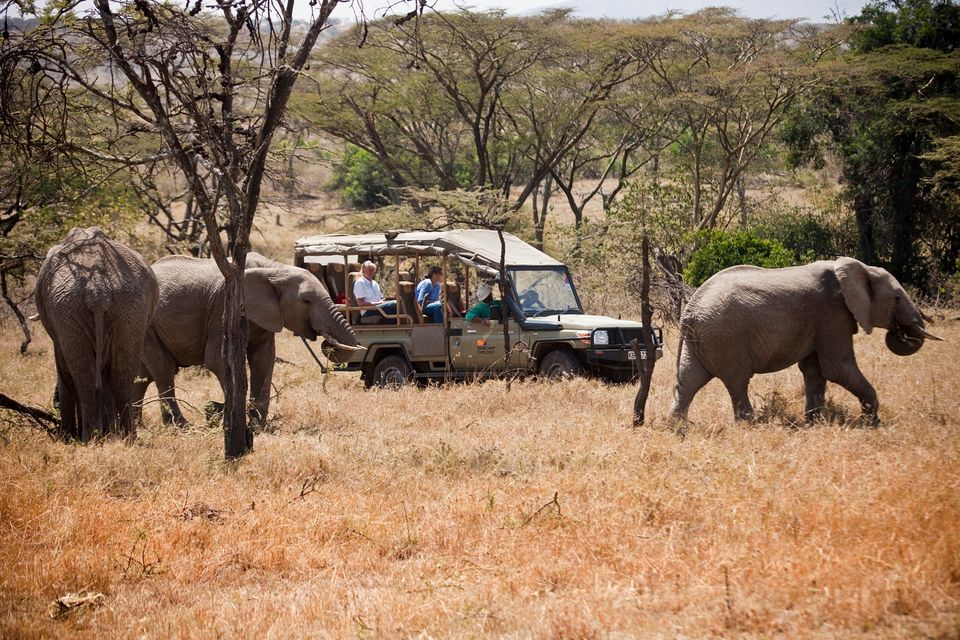 Nairobi, Kenya, 2018-Mar-01 — /EPR CONSUMER NEWS/ — Kenya’s tourism industry is booming in business and 2018-2021 is looking even better after recovery for a long time. Cruzeiro Safaris Kenya’s strength in packaging tours and committed service delivery is expected to increase in the future.

Undoubtedly, Kenya is the best African country for safari experience with lots and lots of wildlife viewing. For a long time Cruzeiro Safaris Kenya, has taken travelers to various destinations within Nairobi and tourist destinations within Kenya, Tanzania and Zanzibar.

The Tour Operator has for years utilized the distributions of International brands to marketer and distribute their tours on commission basis. The distributors had a competitive advantage in that the clients could read and book tours online to the last stage. They will still continue distributing through their online partners.

Cruzeiro Safaris Kenya saw this as an opportunity to exploit and dive into the big ocean of international brands. This challenge has been overcome and now this Online Tour Agency (OTA) and operator have launched their online tours booking platform in collaboration with payment getaway PESAPAL which is verified by VeriSign International. PESAPAL accept credit cards VISA and MASTERCARD and mobile money as well.

‘Delving into the online market is worth the risk, because Nairobi is become the hub for multi-national corporations, we believe we shall make significant strides in terms of sales revenue. Our service delivery remains top-notch and continuous priority as you can read from the trip advisor page and other pages. Just Google Cruzeiro Safaris Kenya’ says Susan the Tourism Manager.

However, there are more packages available in their main website with several detailed tailor made safaris by road ranging from 1 (one) day to 15 (fifteen days) safaris. www.cruzeiro-safaris.com

We wish you happy holidays, great experiences in Kenya and book through Cruzeiro Safaris Kenya.

Prudential Lifetime Mortgage reports the traditional family Christmas is set for a comeback this year, with more than one on four (28 per cent) of British adults intending to spend Christmas day at parents, in-laws or relatives homes.

The findings, from new research conducted for Prudential Lifetime Mortgage, reveals that just one per

cent of British adults intend going to a hotel or restaurant for Christmas day and just two per cent are going on holiday.

According to the Prudential, the family home is set to feature heavily in plans for the entire festive period with more than one in three British adults (37 per cent) intending to spend time over the festive period at their parents or in-laws homes. Of these people more than half (51 per cent) said they are going to parents/in-laws homes as they see it as a hub for the family to get together. 32 per cent said they like getting their Christmas meal cooked for them. 28 per cent said spending time at their parents/in laws homes makes Christmas feel more like a holiday and 22 per cent said going to their parents/in-laws home reminds them of their childhood.

For over a quarter of the nation the family home will be the Christmas venue of choice as people look to tighten their belts this Christmas. The findings reveal that 40 per cent of British adults say they will spend less on Christmas this year.

Keith Haggart, Director of Lifetime Mortgages, Prudential stated: “While it is inevitable that many people will be looking to cut back this Christmas, that doesn’t mean that Britain will be spending the festive period mired in gloom. Millions of people will be spending more time together as a family and for many that means going to their parents or in-laws to enjoy Christmas in the family home.

Keith Haggart continued, “The findings underline the emotional importance of the family home to the entire extended family and at a time when many households will be looking at ways to boost their income, downsizing is not only a challenging proposition in a flat housing market, but could also potentially remove the enjoyment experienced by the rest of the family when visiting the family home. An option is for people to explore whether an equity release plan could help them gain an income from their property while still being able to continue living in it.”

ICM interviewed a random sample of 1050 British adults aged 18+ from its online panel between 7th -9th November 2008. Surveys were conducted across the country and the results have been weighted to the profile of all British adults. ICM is a member of the British Polling Council and abides by its rules. Further information at www.icmresearch.co.uk

About Prudential:
Established in 1848, Prudential plc is an international financial services company with a product range which extends from personal banking, insurance, pensions and retail investments, to institutional fund management and property investments. In the UK Prudential is a leading life and pensions provider with around seven million customers.